The Flin Flon Station Museum
The Flin Flon Station Museum is housed in the former Canadian National Railway Station building, which was moved to its present location in 1983 when the Chamber of Commerce purchased it.
The building was originally built in 1934 and was located in downtown Flin Flon.  The original museum founder was "Red" McIntosh, which many of the artifacts were donated by.  In the early 1900's the museum was donated to The City of Flin Flon.
The museum contains artifacts from 1920's collected from mining, transportation, and cultural sources, including a diving suit which was used during the development of the Island Falls Power Station as well as memorabilia from the early pioneers such as a helmet, a Linn tractor used in early freight hauls, and a train sweeper and ore car.  Also on display is a 63 lb. Lake Trout caught in the Flin Flon area, and tools and minerals belonging to the Hudson Bay Mining & Smelting Company.
Open daily (first weekend) June - August 31st 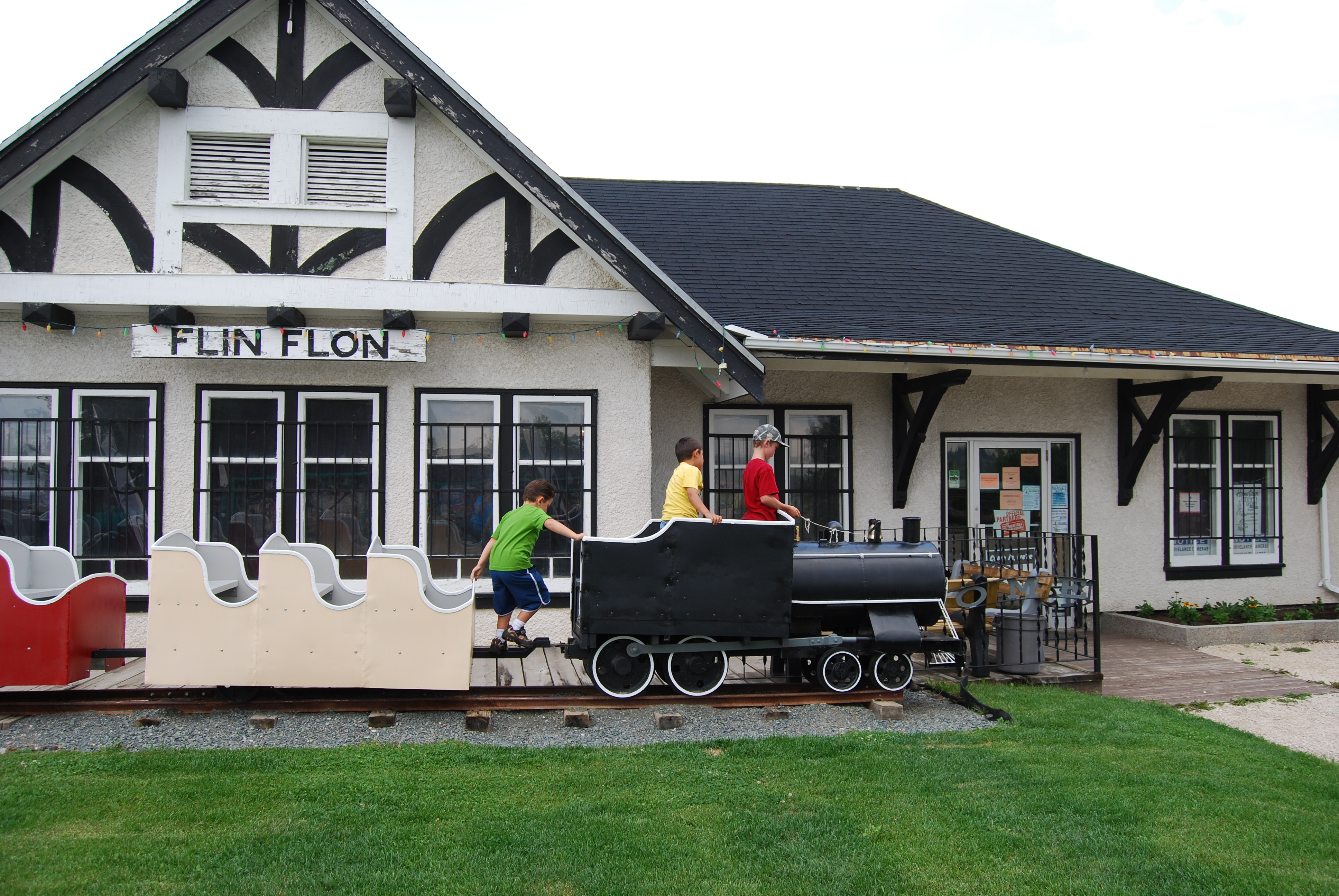